Huff has held varied positions since joining NBC4. She has been meteorologist for the Saturday edition of the “Today” show as well as the weekend local edition of NBC4’s “Weekend Today in New York.”

Huff was named the “2002 Grad Made Good” by her alma mater, Florida State University and has received the Police Athletic League’s “Women of the Year” award; a YMCA “Champion for Youth” award; and the City of Hope’s “Spirit of Life” award for her professional and personal example to New York City youth. The American Lung Association named Huff a “Clean Air Hero” for her work in promoting cleaner air and healthier lungs.

A native New York, Huff graduated from Florida State University at Tallahassee with a major in Meteorology. She is married and lives in New Jersey. 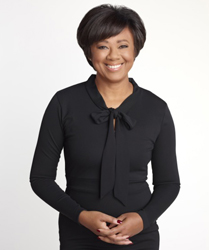