Meck Khalfan is the CEO and co-founder of Puku LLC, a New York based company that is revolutionizing the mobile charging industry with high quality and beautiful designed portable chargers. Mr. Khalfan is a Tanzanian born serial entrepreneur and a veteran software engineer.

In addition, Mr. Khalfan is a passionate supporter of minority causes. He is an active supporter of Touch Foundation and sponsorship for Education Opportunity (“SEO”), two organizations that aim to make a difference in underserved communities. As a member of Touch Foundation, a non for profit focusing on bringing vital healthcare services to patients with the greatest medical needs, Mr. Khalfan engagement has been related to the organization’s work to make a difference in his home country, Tanzania. As an active supporter of SEO, a non-profit organization that provides superior education and career programs to young people from underserved communities to maximize their opportunities for college and career success, Mr. Khalfan’s family commits a meaningful contribution annually.

Meck is a graduate of University of Massachusetts – Amherst with BSc in Computer Science and Mathematics. In 2013, He received African Business Leader of The Year Award by Corporate Council of Africa (CCA). 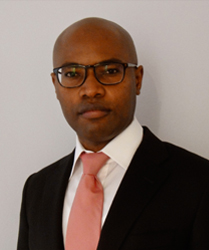