Mike Ruiz is a world renowned photographer, who also happens to be a TV personality, former model, actor and director. Mike’s lens has done a whole lot of zooming in and zooming out, while the world keeps a keen focus on his high-impact, surreal brand of celebrity and fashion photography.

Mike was born and raised in Repentigny, a suburb in Montreal, Canada. After working for more than a decade as a successful model, his true calling came into focus one Christmas morning, when he got a gift of a lifetime: his first camera. Wide-eyed, he took the camera out of the box, and in the blink of an adept eye, his whole life was about to change. With focused determination, Mike immediately took to his new present—taught himself the intricate mechanics of the camera and to this day, he hasn’t stopped clicking away. Perhaps it’s only when you might hear him say, “we got it!”, that there is but the slightest of pauses to an otherwise very hectic shooting schedule.

Sharing with the world the images that he captures is tantamount to poetry. Whether it’s Kim Kardashian to Betty White, or from Nicki Minaj to Katy Perry, Mike has seen and shot it all. Like everything Mike touches, we witness a man who brings to life the fantastical, which in turn, is inspired by his brilliant optimism. Throughout it all, Mike’s hard work, dedication and passion behind the camera has given him the opportunity to bring his message of hope to the forefront of all his efforts.

Mike has a true sense of social responsibility and is always intent on giving back to the community. Among the countless organizations he supports, are The Ali Forney Center, GMHC, The Trevor Project, Housing Works, It Gets Better Campaign, Living Out Loud, Project Angel Food— as well as The Men’s Sexual Health Project for NYU School of Medicine and Bellevue Hospital. Mike is also a recurring motivational speaker at New York University, the Art Center College of Design, Brooklyn International High School and the College of Design in Sacramento.

In addition to his advertising and celebrity clients, Mike Ruiz has branched out as a director. He has produced music videos for artists, such as Vanessa Williams, Kelly Rowland, Jody Watley, Kristine W., Shontelle among others. Mike has also appeared on several reality shows. Such shows include Kathy Griffin’s: My Life on the D-List; America’s Next top Model and RuPaul’s Drag Race, where he appears as a celebrity photographer and guest judge. He also rounded out the panel of expert judges on the third season of Canada’s Next Top Model. What’s next on Mike’s list? That is anybody’s guess– but you can be sure there will be plenty more to come! 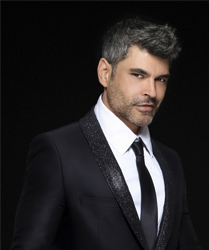