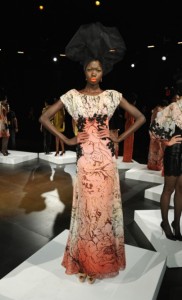 JOHANNESBURG – Now one of the most exciting events in the Big Apple, held bi-annually, New York Fashion Week was once but a ploy to bring attention to American Fashion. First held in 1943 and named “Press Week”, it was organized by fashion publicist Eleanor Lambert to divert attention from French fashion during World War II, when insiders of the fashion industry could not travel to Paris to see fashion shows. The aim of the event was to allow fashion journalists to see American creations, which they had previously ignored. Strangely, buyers were not invited and had to visit designers’ showrooms. Following the success of Press Week, American fashion soon started laying itself down on the pages of Vogue where French designs took sole occupancy for years.

Today, an invitation to Mercedes-Benz Fashion Week (MBFW) New York is the most coveted article in fashion circles and the buzz the event creates is felt throughout the celebrity glamosphere. Most young designers dream of showcasing their collections at New York Fashion Week, but never get to do so. The International Management Group (IMG) receives numerous applications to showcase on schedule at MBFW New York, but generally admit the same designers each year. The event is strictly controlled, so if you’re not a journalist, fashion buyer, photographer or celebrity, you’re not getting in.

Thousands of applications get rejected each season and only 200 designers get the opportunity to showcase at New York Fashion Week. Another reality is that the fashion business is a difficult one to stay abreast in and 80% of designers sink within two years of opening shop.

All the above is true, but as with every battle in history, there is always a prodigious victor that defies all odds. He hails from South Africa in the form of David Tlale – a design board member of United Colors Of Fashion (UCOF) since its inception. Since starting his ever-expanding design empire in 2003, Tlale has made serious inroads on the African continent, Europe and The United States. He has fastidiously etched his brand on the South African Wall of Fashion Fame and his designs are a well-established preference amongst fashion forward South Africans. The Johannesburg based designer has been clicking his heels in the labyrinth of New York’s fashion industry and as of September 2012, he has been included on the schedule for New York Fashion Week. He was featured in the January 2013 edition of Vogue Italy and will be showcasing his Fall collection on February 10, 2013 at the BOX. He is a shining example of what determination can do for one in the face of impenetrable difficulty.

UCOF endeavors to help young, upcoming designers for the very reason that is the difficulty of breaking into the industry. So much talent gets overlooked because of a lack of exposure or resources, yet the possibilities that these talents could generate are endless. Established designers who contribute to our mission through mentoring, advising or presenting at our International Fashion Benefit have the full benefit of our staff and interns in preparation for their showcases. This forms the platform on which we run our Fashion Education Program. 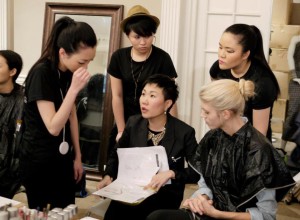 During every Fashion Week in New York, UCOF takes the opportunity to expose our fashion interns to the world they aspire to be a part of. Interns are given backstage passes to get down and dirty with steaming pieces, dressing models and many more valuable learning experiences. It is our mission to help our interns to access the fashion industry through opening the doors to a very closed industry. In this way, we use our Fashion Education Program, to get interns noticed and facilitate their own growth as fashion professionals.

With the start of Mercedes-Benz Fashion week in New York, UCOF is raring to go and congratulates David Tlale on his inconceivable achievements in fashion. We are honored to have him as a part of our team and we cannot wait to be adorned with his genius this season.

In our time of celebration and indulgence, let us not forget the power we have to change the lives of those who don’t have the privilege. With all this fashion, let us keep at hand our humanity and make UCOF’s vision of Fashion For Humanity a reality. 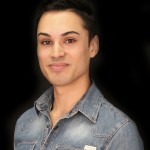 Jamil Khan is a Psychology graduate from Stellenbosch University with a keen interest in fashion, social upliftment and research. He is a United Colors Of Fashion press intern, based in Johannesburg, South Africa.