In addition to her 92Y series, Mallis hosts Fashion Insiders w/Fern Mallis on SiriusXM’s flagship celebrity talk channel – STARS, where she interviews the best and brightest,
covering the most relevant topics of the day in the fashion industry, notably featuring her now indispensable NY Fashion Week shows, with daily on-the-go coverage and backstage interviews.

As one of the most photographed women in the industry, Mallis is consistently and widely quoted in the fashion press and broadcast media, especially in the business of fashion. She’s been frequently featured on televised fashion programs, including America’s Next Top Model, She’s Got the Look, four seasons of Project Runway, and as the weekly judge on Bravo’s first season of The Fashion Show, with Isaac Mizrahi and Kelly Rowland. Recently, she served as consulting producer on the CW network’s reality television series ReModeled. Her globally inspired FERN FINDS: jewelry line is currently featured on HSN, and HSN.com.

Mallis is the recipient of a great many industry awards and accolades. She’s received The Fashion Maverick Award from the American Apparel and Footwear Assoc.; Woman of the Year Leadership Award from Concern Worldwide; Fashion Legacy Award from the Fashion Chamber of Commerce Sate of Style Awards; A Special Award from Diversity Affluence Organization; Leadership Award from the Fashion Center BID. She was honored by Pratt Institute with their 2012 Fashion Industry Lifetime Achievement Award – presented to her by designer Calvin Klein. In May 2013, she was presented with the rarely bestowed Fashion Institute of Technology President’s Lifetime Achievement Award, delivering the keynote commencement address.

Former SVP of IMG Fashion and former Executive Director of the Council of Fashion
Designers of America – Fern Mallis is currently President of her own leading international fashion and design consultancy – Fern Mallis LLC. She’s on the Board of Directors for Robert Graham in New York, and Tara Jewels in Mumbai, India, and serves on the Advisory Boards of AhaLife, FashionGPS, and Industrial Revolution II. She’s consultant to Charleston Fashion Week, Seoul Fashion Week, and has served as Executive Advisor to Concept Korea for NYFW. Mallis also serves on the Steering Committee for NYCxDesign Week, and is a consultant to the Centennial Anniversary Committee of Grand Central Terminal, as well as the Global Millennium Foundation in conjunction with the United Nations. 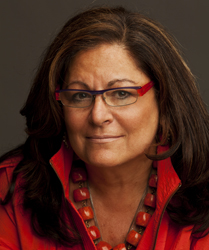