Lunga Shabalala is a model, South African TV presenter and the face of Calvin Klien, whom has zoomed up the ladder to become a noticeable face and a name to remember in South Africa. He is the new presenter of Selimathunzi, the popular SABC1 variety show. His journey began when he won the Represent South Africa in Calvin Klein competition in August 2010 and became the face of the iconic men´s underwear range and soon amassed massive media attention from print, radio and TV. He instantly found a place for himself on the “desirable” men´s list such as 2011 Cosmo Sexiest Hunks Calendar and several others. Mr. Shabalala has a twinkle in his eye – his passion, hard work, ambition, good looks, chiseled physique and effervescent personality have made him a hit with fans and a talent to watch.

Mr. Shabalala supports what United Colors Of Fashion, Inc. is doing, especially at the Soweto Hospice in South Africa.

“I am honored to have been chosen as an ambassador of UCOF in South Africa. It has always been my wish to play my part in educating and helping where I can those who are infected and affected by this pandemic. Working with UCOF allows me to witness first hand the damage this disease is doing, but also gives me a chance to be part of a team that´s working towards a solution. I look forward to putting minds together with the office in New York and the Soweto Hospice, which is the main beneficiary,” said Mr. Shabalala.

The UCOF team is thrilled to have Mr. Shabalala as its South African Ambassador, and looking forward to working with him. 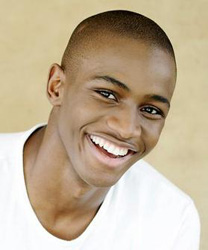