Nigel Barker Rocks The Boat: Do Something! 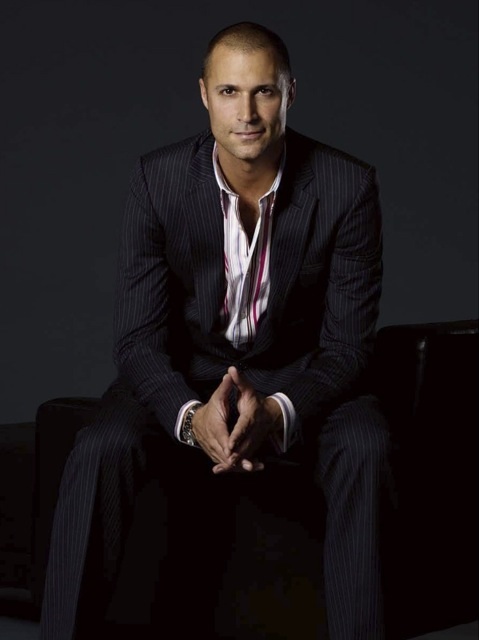 BY: Jamil Khan
JOHANNESBURG – How many times have the words “I don’t feel like eating that again” or “I don’t eat that” crossed your lips? An alarming reality strikes me when I hear those words – somewhere very close to me and you someone is saying: “I’m so hungry, I cannot bear to face this day!”
Those words are often drenched in tired tears falling from vacant eyes. Those tears roll over a face that has become the epidemic of our time; it is the face of POVERTY. Add to that the faces of disease, famine, and warfare and you’ll start hearing their voices too. A pretty gloomy outlook some would say, but it is an outlook that can be changed by making a change in your world.

At the United Colors Of Fashion (UCOF) 2012 Annual Gala and International Fashion Benefit held on October 17th at the Museum of the City of New York, one of UCOF’s Honorary Chairs, Nigel Barker delivered a thought provoking speech on the power to make a difference.

“We can all do a lot more, in fact we can all do something. We all too often do very little. We take the easy road, we decide to actually cross the road when we see an issue and say somebody else can do something about that problem.” said Nigel Barker.

As a passionate protagonist for the fight against poverty and social injustice, Barker has used his talents as a storyteller, filmmaker and photographer to bring light to the suffering around the world. His passion has mobilized many of his friends and colleagues to join the fight. This is how he has “made a difference in his world”, as he put it.

PAT CLEVELAND: A GIVER OF GLAMOR

JOHANNESBURG – Pat Cleveland is a name that still redefines the concept of beauty as it did in the 70’s. The American-born darling of fashion has come a long way since making Europeans gasp for breath at the “Battle of Versailles” at the Palais de Versailles. It was a moment that would literally change the face of fashion the world over. While most models were confined to the choice of print or runway, Pat Cleveland did both – a formidable face framed by indomitable hair and complimented by an inimitable walk that never led her too far from the runway.

A graduate of the High School of Art and Design and student of the LaGuardia School of Art one can say she was groomed for her discovery by Vogue editor, Carrie Donavan, in a New York Subway in 1967. From there it was all the way to the top for Cleveland, who became a sensation in the fashion world, being photographed by Steven Meisel and Andy Wharol.

A career that has spanned decades, including devoting herself to motherhood, has given Pat Cleveland a status that can only be described as legendary. Having worked with fellow legends such as Karl Lagerfeld, Valentino, Stephen Burrows, Thiery Mugler and Paco Rabanne to mention a few she has managed to move into the A-list neighborhood of fashion in a time when the market wasn’t buying her look.

As imperceptible as her achievements in fashion are, Pat Cleveland is not just about face. Inside that tiny shell, lies a big heart that gives glamorously. The United Colors Of Fashion (UCOF) 2012 Annual Gala and International Fashion Benefit was held on October 17th, under the theme “Be Glamorous, Glamor Gives”. Alongside her very close friend, Sandi Bass and other fashion heavyweights such as Nigel Barker and Miss Jay Alexander, Pat came out in support and strutted down the runway for our fabulous fashion show.